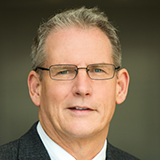 John serves as Managing Director of the Safer Buildings Coalition. John serves the SBC mission through policy, regulation, and code development, by solidifying member services and value, and by establishing a strong operational and financial base as tools to propel SBC’s mission.

John comes from a family with a tradition of first-responder service, with his grandfather, great uncle, brother, and son all serving in the Philadelphia Police department.

All session by John Foley