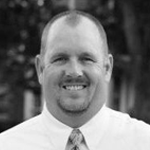 With 30 years in the Information and Telecommunications industries, Graham began his career in 1989 starting his first Information technology company Advanced Computer Maintenance and expanding with the acquisition of a Computer LAN business in 1991. In the late 1990s Graham led his team into the realm of two very new technologies: Voice over IP and using the new WIFI standard technology as an outdoor wireless connectivity solution for campus building to building connectivity. This led Graham to build and deploy a Wireless Carrier Class layer 2/3 MPLS network, covering 3000 square miles of areas in the Georgia/South Carolina, using a combination of licensed backhaul and unlicensed distribution. In 2011 Graham and his Partner Wayne Millar started M-Communications with a focus on the Carrier Wireless space. Seeing the opportunity in the area of in-building wireless, Graham has lead M-Communications through the last few years to become one of the premier companies in Design, Engineering and Deployment of in-building wireless solutions. M-Comm’s portfolio spans hospitals to hotels to numerous larger scale sporting venues such at the new Mercedes Benz Stadium in Atlanta, the Mercedes Super Dome in New Orleans and many other NFL and College Football facilities’.