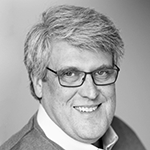 Rod Nelson is the CEO and Co-Founder of Geoverse, an innovative private LTE service provider and neutral host.

Previously Mr. Nelson served as Executive Vice President and Chief Technology Officer of AT&T Wireless Services, where he led the Technology Development Group responsible for the development and deployment of the first 3G networks in the US.

During his career, Rod has worked closely with both national and international regulators and standards bodies on the creation of technical standards and development of spectrum policy. He is the inventor of numerous patents covering broad and fundamental aspects of wireless communications as well as co-inventor on a patent-pending application of blockchain to wireless networks.