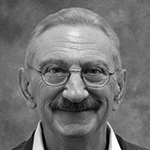 Don spent a number of successful years in the IP networking market, working for OEMs who developed and sold technologies such as network security, SSL secured remote access, and DPI  (Deep Packet Inspection) based internet traffic monitoring and management.

After his successful tenure in the IP space, Don left the tech industry and took up a profession he had dreamed of since he was a young man – he became a police officer.  Some of the situations he found himself in while working in law enforcement is part of why Don is so passionate about the Public Safety in building market here at Comba.

Unfortunately due to extenuating circumstances, Don had to leave the law enforcement field and go back to the tech industry.

As he reviewed and got caught up on what had changed over the years while he was away driving a squad car – Don discovered the DAS arena, and realized that the market for in building coverage for both Public Safety and cellular was just beginning, and growing quickly. And so the in building wireless sector is where Don re-entered the high tech world.

During his time in the DAS industry, Don worked for 2 different DAS integrators, where he specialized in Public Safety in building solutions along with selling DAS solutions for cellular use. After those two assignments, Don joined TE Connectivity (now part of CommScope) and worked with system integrators and commercial operators as they used TE DAS products.

Most recently, Don joined Comba Telecom in June of 2015. Comba was taking a close look at the Public Safety in building market, but did not have any in house experience or expertise about the market. So, this was an opportunity for Don to help Comba successfully enter the Public Safety in building marketplace. In a very short time, Comba has become a serious contender in the market.

In May of 2018, Don was promoted to Vice President of Sales for Comba – managing the 3 Regional Sales Directors for sales of both Public Safety and commercial/cellular products. Don is also responsible for corporate level relationship management with Comba’s 3 national distribution partners; he also continues in his role as Public Safety Program Manager for Comba.