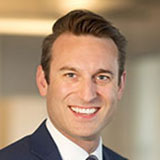 In this role, Aaron oversees Union Square, a 1.8 million square foot commercial office where he is responsible for operations and capital projects. He is always looking to technology and design to enhance the occupant experience at his properties.

Aaron’s career in real estate began in the Seattle Market in 2005 and he joined Washington Holdings in 2010. He has worked mostly in Seattle but also spent two years in Abu Dhabi, UAE working on projects throughout the Middle East.

Aaron was born and raised in the Pacific Northwest. In his free time, he enjoys spending time with his wife, daughter and hyper Bernadoodle dog as well as spending time on his land in Central Washington.

All session by Aaron Blankers